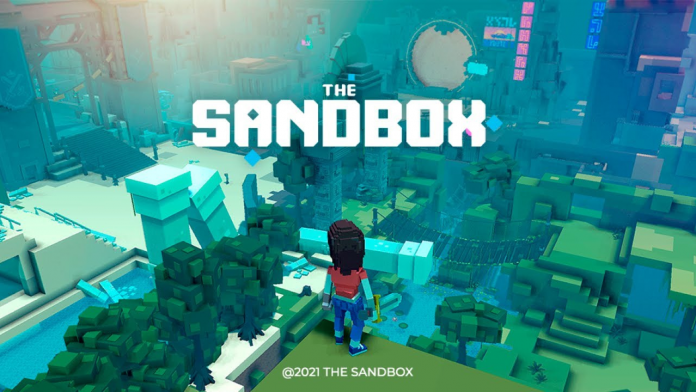 Do you know that there are over a 3.2billion games around the world? Not only that, but the average gamer spends between 100 to 200 dollars per year on gaming?

There is a lot of money moving around the gaming industry, and some cryptocurrencies have been fighting to get a slice of this massive cake.

The Sandbox is among them, and it is going to moon after Facebook announced its Metaverse push at the end of October 2021.  The Sandbox was founded way back in 2012 by Sebastian Bourget and Arthur Madrid and made by Pixowl INC., a software company based in San Francisco.

The Sandbox began as a 2D mobile game where users could build their own virtual worlds. The Sandbox managed to have 40million users and is still available on mobile today as the sandbox evolution. In 2017 Pixowl announced its  plan to turn the Sandbox into a 3D game built on Etherum where every in-game item that users create is a non-fungible token (NFT).

The Sandbox’s development is coordinated by the Sandbox Foundation and consists of over 100 people in 32 different countries.

The Sandbox raised around seven million dollars across their Sand token sales in 2019 and 2020 and has raised millions more from various land sales since 2019.

The Sandbox is a virtual world consisting of 166000 plots of land. Lands are ERC 721 token on ethereum, which is ethereum’s non-fungible token standard.

These land tokens can be grouped into estates, owned by one person or districts that two or more people own. For example, some of the land in the Sandbox is owned by companies such as Binance, CoinMarketCap, Atari and South China Morning Post.

Land can be customized using the VoxEdit software. VoxEdit is also used to create game assets that exist as NFTs on ethereum.

We can sell or buy these lands and assets on the Sandbox’s own NFT market place and all NFTs are priced in the Sand token.  This token is an ERC 20 utility token built on Ethereum blockchain.

In October 2020, Socios purchased a sizable estate in the Sandbox to create a virtual platform for its community to congregate on.

In January 2021, the Sandbox announced its first round of public land sales, which would take place in February with coinmarketcap, a sale partner.

At the end of March, The Sandbox released the public beta version of its NFT marketplace. This has probably contributed to The Sandbox fourth place position by NFT trading volume, according to nonfungible.com.

In June 2021, The Sandbox upgraded the VoxEdit software to allow for the seamless creation of in-game assets. This has probably contributed to the 15000 assets that have been created by The Sandbox community so far.  The Sandbox’s ongoing incentive programs for content creators have certainly helped as well.

At the end of June, The Sandbox announced a series of initiatives to reduce its carbon footprint by 99 per cent. These include purchasing carbon credits, planting many trees, and integrating with POLYGON, ethereum’s leading layer two scaling solution that uses proof of stake.

In July 2021, The Sandbox announced that it had partnered with Skybound Entertainment, the company behind the walking dead comics and TV show to bring zombies to the metaverse.  As part of this partnership, the walking dead was given an excellent big plot of land, and The Sandbox subsequently sold land NFTs in proximity to the community. So that quote fans and games alike can be as close as ever to their beloved brand.

In August 2021, The Sandbox announced a partnership with an esports project called Bigfan to bring virtual football and other sports to The Sandbox world.

In September 2021, The Sandbox bought a Bored Ape NFT for 740eth. That works out to around 3 million dollars.

The Sandbox has an extensive collection of community-owned NFTs worth more than 14 million dollars.

Snoop Dogg also planted his flag in The Sandbox with the creation of a virtual mansion and even sold 1000 passes to his private virtual party.

In October, Ubisoft announced its investment into blockchain games with a specific focus on Animoca Brands and recalled that Animoka owns The Sandbox.

In November 2021, The Sandbox announced that it had raised a staggering 93 million dollars in a funding round led by Softbank. This news, combined with the hype around Facebook’s rebrand to meta, took The Sandbox token to new all-time highs.

By the end of 2022, The Sandbox hopes to bring its new and improved virtual world back to mobile users, making this project possible. The Sandbox even wants to follow Minecraft’s lead by bringing its virtual world to consoles like Xbox and PlayStation.

By the end of 2023, The Sandbox aims to have 5000  games available within its virtual world, and a few dozen of these future games have already received funding from The Sandbox foundation. The focus of these games will be play to earn as it’s a proven model to attract hundreds of thousands of users.

As far as metaverse worlds go, The Sandbox seems to be second to none and it will defiantly revolutionize metaverse technology.

Okay, This article only for educational and entertainment purpose. Please contact a financial advisor before investing.

Will The Sandbox Cryptocurrency be able to Revolutionize Metaverse Technology?

Story Of The Call Of Duty

Most People Think Her Advice Led Abraham Lincoln To Success.